Death Cross Coming to Bitcoin Price Chart: Here’s How it Can Play Out

Get exclusive access to latest videos to hit the tube, market trends and weekly news that flew under your radar

Get exclusive access to latest videos to hit the tube, market trends and weekly news that flew under your radar
Signup

Death Cross Coming to Bitcoin Price Chart: Here’s How it Can Play Out

BTC has failed to continue or even maintain its run since it peaked in mid-April at $65,000. On the contrary, the asset has lost roughly half of its value in less than two months.
As a result, the short-term moving average (50-day) is rapidly approaching the long-term – 200-day MA. The so-called death cross coming to the bitcoin price chart would occur if the 50-day MA fell below the 200-day MA.

PlanB, the creator of the popular stock-to-flow model, tweeted about the possibility and provided two possible scenarios based on BTC’s historical performance.

The negative trend would be similar to the movements that followed the records set in 2013 and 2017. Following each, bitcoin experienced prolonged bear markets, with its price falling by approximately 50%.

Rekt Capital, another popular analyst, recently outlined a similar possible scenario. In this case, he predicted that the downside could push BTC down to around $18,000.

Oanda Corp and Evercore strategists believe $20,000 is the most significant support. They argued that if BTC falls below it, the asset could fall much lower.

Although most analysts believe the aforementioned scenario is the most likely, PlanB also outlined a second option. As the graph, bitcoin price chart, above shows, during the bull cycles of 2013 and 2017, the 50-day moving average bounced off the 200-day moving average, and the runs continued. To do so, however, BTC would need to gain significant value by the end of June:
“If June close will be $54,000 (or higher), and July, August also $54,000 (or higher), then 50DMA will bounce off 200DMA and stay above 200 DMA. So a nice short squeeze and V-shaped bounce back to $54,000 (+69%) would result in then bounce back scenario.” – according to PlanB.

While this may appear to be the less likely scenario, the majority of respondents in PlanB’s poll believe it will occur instead of the price drop.

The founder of Quantum Economics, Mati Greenspan, stated that the death cross collision “seems unavoidable at this point.” Nonetheless, he sees a potential reversal, saying, “If prices bottom out around here, we can probably expect a strong rally to resume once the market is ready for it.”

Ethereum Is Finally Ready To Launch Its London Hard Fork

Crypto investor whose mission is to help people make money and grow your wealth.

Signup for our Newsletter

STAY CONNECTED WITH US

Cryptopedia Network is where market research, analysis, and great content all come together. We are a group to crypto professionals that create industry leading content which both educates and inspires.

Coinbase-Backed DeSo Unveils MegaSwap, a “Stripe for Crypto” product, with Over $5 Million in Volume

Coinbase-Backed DeSo Unveils MegaSwap, a “Stripe for Crypto” product, with Over $5 Million in Volume

2023 will be the birth for IOTA 2.0 and the launch of a groundbreaking new blockchain era – Report

2023 will be the birth for IOTA 2.0 and the launch of a groundbreaking new blockchain era – Report

It took centuries to create the global economy that existed

On Tuesday, the chair of the US Securities and Exchange

BTCUSD: Need Something to Occur Real Quick Like to Turn Up… 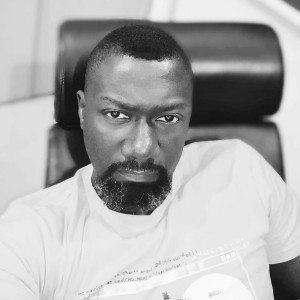 Hi Everyone! Simply a quick update to point out we need the Red RSI and Blue LSMA to begin rising ABOVE Level 50 in one higher DOUBLED time frame after the other real quick like in the IMMEDIATE GROUP of time frames (6-min. 12-min. 23-min. and

Hi Everyone! This was casual discussion about a number of things; such as, FIB Extension Levels, finding support at the White Upper B-Band in the 12-HOUR TIME FRAME when a pullback in lower time frames begins dropping enough to get the…